Swim with dolphins, sip from Fountain of Youth on trip to Florida’s Historic Coast

Swim with dolphins, drink from Fountain of Youth on trip to St. Augustine, Ponte Vedra WSBTV.com's Nelson Hicks checks out what to see and do on Florida's Historic Coast.

ST. AUGUSTINE, Fla. — Golfing, gators, dolphins, days at the beach, history and more; wsbtv.com is off to Florida's Historic Coast to explore what the area offers to see and do on a vacation.

Any visit to St. Augustine should include some time exploring the nation's oldest, continually occupied city. More than 500 years ago, Ponce de Leon came ashore near St. Augustine and discovered Florida. The 500 years since have included discoveries by Pedro Menendez, pirates, the Fountain of Youth, Henry Flagler, the Castillo de San Marcos, Florida's first lighthouse and much more.

"A lot of people can come to St. Augustine and drive around and see things, but to know that you're actually touching the walls of the fort that was built back in 1672 and that they're still standing and you can actually touch the history," Smokey Chamberlain, from Ripley's Red Train Tours told wsbtv.com's Nelson Hicks. "I think people get more of a connection when they actually physically see it, learn about it, touch it and be involved in it."

Trolleys offer a picturesque and easy way to soak in a lot of St. Augustine’s roots. But take Chamberlain’s advice and carve out a few days to see it all.

Another option is a boat ride. Florida Water Tours gives guests a different vantage point of some of St. Augustine's top spots. But it also offers a glimpse into other offerings from this unique area.

"We're giving you all of our wealth and knowledge, everything that I can spew at you between dolphin, birds, the waterways, plants, mangroves -- everything like that -- here in our city," Kevin Jadick from Florida Water Tours said. "Very educational; you're going to leave here knowing a lot more than what you came onboard with."

While the area's fascinating history grabs most of the headlines, there's plenty to see and do once your exploration into the city's past is done. Jadick and his brother, Captain Mike, navigate guests to a front row seat to see some of St. Augustine's bottlenose dolphins.

At nearby Marineland, you can jump out of the front seat and into the water with them.

"Bottlenose dolphins are definitely our big draw for people to come in and meet our animals here," Marineland's Darrel Austin said.

This oceanfront playground has entertained and educated guests for more than 80 years. It opened as a place to make movies.

"One of the things (the owners) knew was missing in Hollywood at that point was the ability to get underwater footage for films," Marineland's Terran McGinnis said. "So they had this idea that if they could bring the sea ashore by building a big above-ground but underwater tank, and bring all different animals from the ocean ashore, then they could create a film studio where you could film underwater through porthole windows."

But the owners quickly realized that the local community had such an interest in the animals housed at Marineland, that they opened it to the general public. Movies and shows have been filmed at Marineland but today it offers more of an opportunity to have some fun with dolphins while learning more about these amazing creatures and their habits.

But dolphins are far from the only wildlife you might spot in the area.

"We do have here what's called a NERR in St. Augustine," Jadick said. "It's (a National) Estuarine Research Reserve. It is federally protected. It's a little over 70,000 acres here in our surrounding area." 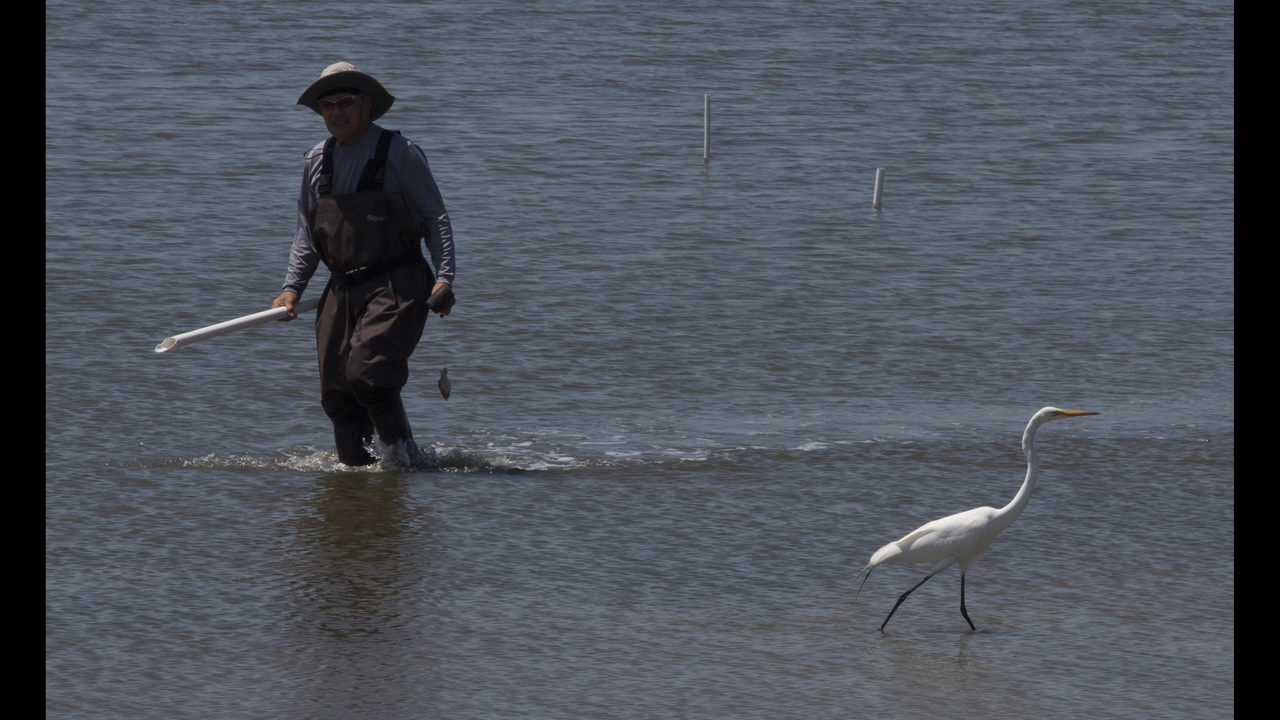 The Guana Tolomato Matanzas Research Reserve is one of only 29 NERRs in the country. The reserve serves as a protector for plants and animals while offering guests recreation opportunities -- everything from kayaking to shelling to fishing. Because the reserve extends to several miles of coastline, guests can spend an afternoon soaking up the sun on virtually untouched and uninhabited beaches.

While the thought of visiting a near private beach might be at the top of most parents' wish lists, the kids might be looking for a little more activity. Head to the Embassy Suites St. Augustine Beach Resort. The oceanfront hotel recently opened, offering guests an amazing locale to put their feet in the water.

The Embassy Suites St. Augustine Beach Resort joins a growing list of beachside resorts, hotels, campgrounds, bed and breakfasts and historic inns. Each presents a different way to experience a trip to the area.

"The beaches are gorgeous," visitor Brittany Cochran said. "My little girl is really excited about playing in the water. We've had a really good time just cruising around (and) looking at all the different buildings. It's just really different from back home."

The Collector Inn in St. Augustine offers a historic stay in the heart of the historic city. (Photo by Nelson Hicks)

"The people are great," visitor Holly Whitehead said. "It reminds me a little bit of New Orleans, a little bit of Savannah (and) a little bit of things I haven't seen before. Just do some research. We love the place we're staying at The Collector Inn. Just plan your trip so you can make the most of your time here."

How would you like to come face-to-face with this guy?

A visit to Florida's Historic Coast doesn't conclude when guests finish touring St. Augustine -- not with Ponte Vedra Beach just up the road. It's home to what might be considered the ultimate golfer's getaway.

"We get people from all over the world that come," TPC Sawgrass Storyteller Toby Jones said. "Some have bucket lists where they want to play here."

Jones is talking about TPC Sawgrass and its famous Stadium Course, home to The Player's Championship Golf Tournament.

"We are open to the public and we are very proud of that," TPC Sawgrass' Nick Warner said. "So anyone from -- we have handicappers from zero all the way up to 90s -- so anyone is allowed to play here and we encourage that, too. Families, buddy trips -- anyone can come out and play."

The best advice is to plan ahead. Most championship courses like TPC Sawgrass aren't open to the public, so it can get busy. Here's some more advice: bring some spare golf balls. The stadium course is home to one of the most famous holes in all of golf, the 17th island green.

“I don’t know how to describe it other than you need to come and see it in person,” Jones said. "It’s extraordinarily diabolical up to and including the fact that over the course of a year, the hole is pretty short, it’s only 130, 135 yards generally, but we take close to 100,000 golf balls out of the pond in the course of a year.

Forget fishing your ball out of the water, there's no time for that. Instead, head to the PGA Tour Performance Center on-site. Utilizing the latest in technology, combined with expert teaching, they'll put guests on lower scores in no time.

"We do fitness, club-fitting, full swing, short game, putting," Todd Anderson, from the PGA Tour Performance Center, said. "So, whatever the golfer kind of needs, we have someone here who can take care of them in that regard. We basically just try and make people better."

Once a day at the course has worn guests out, head to another Ponte Vedra Beach gem. The Ponte Vedra Inn and Club has welcomed guests for more than 90 years.

"May of our employees have worked here for 25 or 30 years or so," Schoninger said. "And with that comes great recognition, great attention to detail and great service."

Florida's Historic Coast, a trip to St. Augustine and Ponte Vedra Beach -- it's a vacation unlike any other.

This story is sponsored by Florida's Historic Coast.

Enter to win a trip to Florida’s Historic Coast by clicking here.