The “Spirit of Atlanta” mural: The sizable mural of a girl with outstretched arms and children splashing around in the Centennial Olympic Park fountains at Hartsfield-Jackson Atlanta International Airport was covered by an ad for Porsche in 2016.

ATLANTA — A change -- or many changes -- have certainly come to Atlanta over the last several years.

The leaders, faces and places that signify what the ATL is all about have, in some cases, disappeared, but they hold a special place in the hearts of those who remember them.

Below, you’ll find a curated selection of some legendary elements of Atlanta that are long gone. 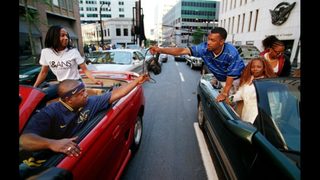 After a successful 1990s run as the premier urban spring break party of the South, Freaknik fizzled out in 1999. The picnic, which snarled traffic and upset some Atlantans, nearly made a return in 2016.

The arena, often called The Omni, hosted everyone from Elvis Presley to Chuck Berry to Michael Jackson. It was demolished in 1997 to make way for Phillips Arena. 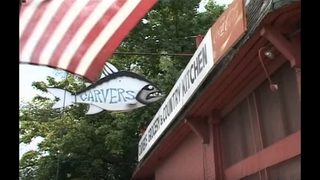 The Southern-fried Atlanta staple closed in 2013 with plans to open shop just blocks away, but owners opted to sell it instead. The West Midtown spot is now an events ticketing site.

The beloved store was synonymous with Atlanta shopping from 1867 until it was acquired by Macy’s in 2005. The department store was also the home of the now legendary Pink Pig holiday tradition. 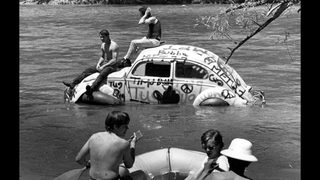 In 1969, a group of Delta Sigma Phi fraternity members at Georgia Tech spearheaded the Memorial Day weekend raft race on the Chattahoochee River, which eventually drew as many as 300,000 participants and spectators. Amid rising concern about the environmental impact, the race was canceled in 1980. 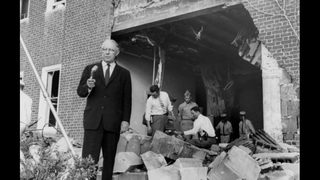 Atlanta’s longest-serving mayor, who served six terms, died in 1971. Serving Atlanta for a total of 23 years, Hartsfield guided his hometown through the Depression and the emerging Civil Rights era.

Despite protests from listeners and students, in 2014, Georgia Public Broadcasting took over Georgia State University's beloved radio station WRAS-FM/88.5 FM from 5 a.m. to 7 p.m. to fill those hours with news radio. The station had been on the air since 1971.

In October 2015, the conglomerate shut down 10 of Atlanta's most popular restaurants, including Prime, Smash, Strip and Twist. About 1,000 employees were left confused and unemployed. 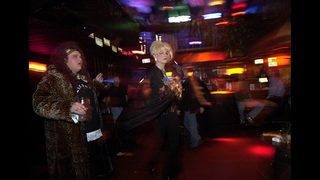 A longtime fixture of Atlanta's LGBTQ nightlife scene, Burkhart's shuttered its doors in early 2018. The closure came weeks after the bar's former owner, Palmer Marsh, came under fire for racially charged Facebook posts that resurfaced from 2015. In spring 2018, the owners of the Midtown spot Oscar's announced they plan to reopen the bar under a new name.

Before The Ted, Atlanta–Fulton County Stadium was home to the Atlanta Braves until it was demolished in 1997. 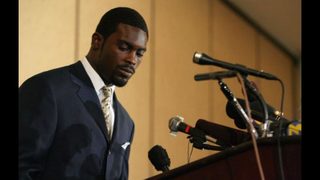 In 2009, the Falcons released the former Atlanta Falcons quarterback amid felony charges of dogfighting, ending an 8-year relationship with the franchise.

Atlanta's first skyscraper was built in 1892 and demolished in 1971 to make way for the city's newly emerging, modern skyline.

The ballpark was home to the Atlanta Crackers from 1907 until it was demolished in 1966. The site is now the backdrop for the popular Ponce City Market shopping and dining destination.

14. Tales of the Okefenokee Swamp ride 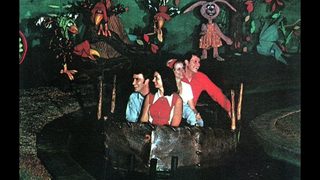 The Six Flags Over Georgia ride debuted in 1967 and featured scenes from Uncle Remus stories. When vandalism and maintenance proved too big a challenge, the park dismantled the ride in 1980.

The eight acres of clubs and bars used to be the heart of Atlanta nightlife, but a deadly brawl outside Cobalt in 2000, involving the entourage of former Baltimore Raven Ray Lewis, encouraged city leaders to put the kibosh on the raucous scene. 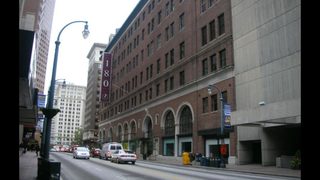 When it was built in 1927 (known as Davison's until 1986), it was the largest department store in the Southeast, but eventually closed its doors in 2003.

Since the 400 extension opened in 1993, drivers had complained about the 50 cent toll. But, in 2013, collection ended and the toll plazas were torn down. 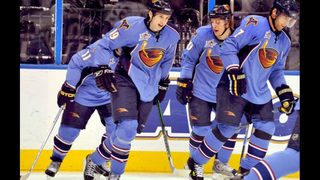 Although the NHL franchise had a relatively short stint in the city (1999 – 2011), the team left a lasting impression on fans.

Farm-to-table spot Greenwood's was known for its fried chicken and other Southern dishes. It opened in Roswell in 1986, but it closed, along with its sister eatery, Swallow at the Hollow, in December 2017.

The sizable mural of a girl with outstretched arms and children splashing around in the Centennial Olympic Park fountains at Hartsfield-Jackson Atlanta International Airport was covered by an ad for Porsche in 2016.

This article was written by Stephanie Toone, The Atlanta Journal-Constitution.