Officials have announced that no criminal charges will be filed after the cause of 10-year-old Raniya Wright's death has been confirmed.

Raniya died two days after a fight at school, but officials said she died of natural causes, according to Fourteenth Circuit Solicitor Duffie Stone, WJCL reported.

The announcement was made during a news conference Friday morning.

Raniya's autopsy was completed earlier this month, but the results were only released Friday.

There were questions swirling around the fifth grader's death, as well as the fight between her and another student at Forest Hills Elementary School in Walterboro, South Carolina.

BREAKING: Solicitor says Raniya Wright died of natural causes. There was no trauma, no sign of a fight, and there will be no criminal charges. Live updates on @wsoctv at noon. https://t.co/Vm9WfNflfo

The Colleton County Sheriff's Office said she had serious injuries because of the fight on March 25, but there were no weapons involved in the fight, WJCL reported. Officials broke the students up and Raniya was taken to the school nurse. When paramedics arrived, she was unconscious and was taken to the hospital. She was eventually flown to the Medical University of South Carolina in Charleston. She died March 27.

Ashley Wright, Raniya’s mother, had said that students told her the girl hit her head on a bookshelf before she died, according to an interview Ashley Wright did on “Good Morning America,” CNN reported. 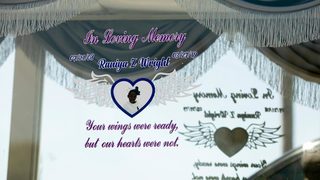