TIMELINE: In just 6 weeks, I-85 almost set to reopen for traffic

More details on what the last six weeks of 24/7 construction has accomplished TIMELINE: In just six weeks, I-85 almost set to reopen for traffic

ATLANTA — For the last six weeks, construction crews have worked 24 hours a day, seven days a week to get Interstate 85 back open.

Gov. Nathan Deal announced Wednesday that the interstate would be back open by rush-hour Monday morning.

The whole ordeal started March 30 after a massive fire underneath the I-85 overpass to Piedmont Road brought the bridge down – shutting down the interstate.

Demolition quickly got underway to clear the debris from the bridge collapse and to take down more the interstate that was impacted by the fire.

As soon as all of that was cleared, the rebuilding began.

By mid-April, new foundation beams began going in to create the base of the new bridge.

Within a couple of weeks, crews were pouring the last span of concrete.

Tuesday, workers had begun laying stripes on the roadway.

Wednesday, Deal announced the word that the highway could reopen as soon as this weekend.

While the highway remains closed, you can still go to our special website GetAround85.com for comprehensive coverage of the collapse.

If you have our WSBTV news app, turn on alerts and you'll find out the moment the highway re-opens. 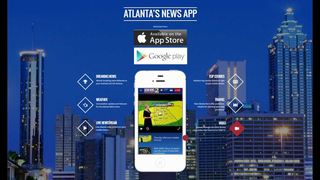 Butter may be in short supply, cost more this baking season

Woman driven into river by man she met on dating app, police say