Man says hospital went after car crash settlement instead of billing insurance Despite having health insurance through Kaiser Permanente, Grady Memorial Hospital hit the man with a lien on money he??d get in any settlement with the at-fault driver.

ATLANTA — Channel 2 investigates dug into why accident victims might be treated differently at a hospital, even when they have the same health insurance.

You can't tell the difference in the emergency room. It happens when the hospital is ready to collect its money.

Grady Memorial Hospital provides a critical service in Atlanta, and often does it without getting any payment at all. But attorneys have told us that when a client is in a car wreck, the hospital is going after a cut of any settlement, rather than billing health insurance.

A Grady spokeswoman says this is not the hospital's practice, but tell that to Michael Warner.

"When I did come back to consciousness, I asked them, 'Did the car roll over? And they told me yes,'" Warner told Channel 2's Dave Huddleston. 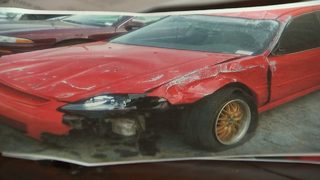 Warner was leaving work in 2016 when another driver slammed into his car. An ambulance rushed him to Grady.

“We did a CAT scan, X-ray and I think that’s about all I can remember. They gave me something for pain,” Warner said.

Despite having health insurance through Kaiser Permanente, Grady hit Warner with a lien on money he’d get in any settlement with the at-fault driver.

Insurance experts say the typical route is for hospitals to go to health insurance first for payment.

“I told them that I’d use my insurance to cover the accident and for some reason now I’m stuck with a $17,000 bill from Grady,” Warner said.

Warner's attorney, Chris Simon says he tried to fix the problem by sending a letter to Grady a month after the accident saying, "If you fail to bill the health insurance company, you will be in breach of the contract."

Grady didn’t bill insurance, so Simon sent another letter, this time to Grady’s hired gun for accident payments, a company called RevClaims. The letter stated "…health insurance should be billed."

Still RevClaims filed the lien for $17,000, a process typically used only when a patient doesn't have private health insurance.

“Be very trustful of your medical providers, but be very skeptical of anything you're being told when it comes from the billing department,” Simon told Huddleston

Simon said he represents more than 30 clients who Grady and RevClaims slapped with liens, even though they have insurance. He says hospitals can get full price from hospital liens, rather than negotiated rates with health insurance companies.

"They’re only doing it because of greed,” Simon said.

RevClaims would not talk with Huddleston about Warner’s case or the company’s policy on filling hospital liens.

Insurance consultant and expert Max Reiboldt explains third party companies get a cut of any collection.

“So, they're definitely motivated and sometimes they're not the most tolerant of the patient as it were,” Reiboldt said.

Reiboldt says part of the reasoning may be that Grady treats a lot of patients without ever getting paid.

“Perhaps that was their decision … to justify going immediately to a third party,” he said.

We wanted to talk with someone from Grady's leadership team, but they would not go on camera.

They did send us a statement that said, "At no time over the past year and a half of working with the patient and his attorney were we informed of the Kaiser coverage."

But Warner’s attorney showed us the two letters that were sent to Grady and RevClaims explaining Warner has health insurance.

"They're a good hospital, you know. I would not want to go anywhere else before Grady but I never thought that this would have come out of this from them,” Warner said.

Grady says it has now released the lien and filed with Warner’s health insurance. They will also send him a letter of apology.

‘I don’t have him no more’: Family remembers 12-year-old killed in shooting near Atlantic Station